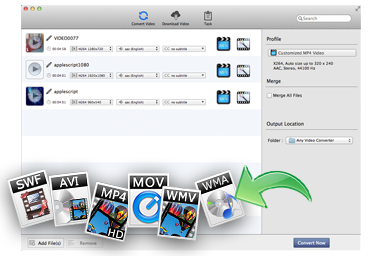 There are several videos and audio formats such as MP4, AVI, FLV, MKV, MP3, 3GP but what Mac users find is that not all of them are supported by the Mac OS. And it is hard to come by a video editor that is cheap. Given below are some of the best video converter software that can be found for free. 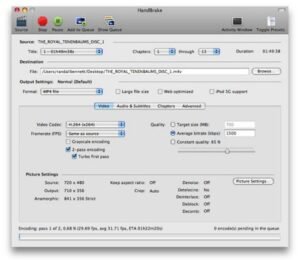 Handbrake is an open-source video transcoder that can convert nearly any video format into modern codecs. It is supported on many operating systems including the Mac OS. This software is easy to install and can be used easily even by people with only a basic knowledge of audio/video conversion. Once installed, it is easy to navigate but the speed at which the conversion takes place depends on the file size that is uploaded.

Not all formats are compatible with the Mac and this is where MacX saves the day. The MacX provides a wide array of features such as converting videos, making photo slide shows, editing, merging, cutting videos, etc. It can work with over 370 audio and video codecs without compromising on quality. It also claims to be 32 times faster than any other converter found on the market.

This is another great software created to convert as well as compress video files in record time. It can work with one video at a time or with a batch of videos simultaneously. This software has the ability to convert videos directly from a multimedia device. Its layout is very user-friendly and does not require much exploring to understand.

All the above software has a free trial version that can be downloaded and that has an easy installation procedure. Plus, MP4 to AVI, MKV to MP4, AVI to MP4, FLV to MP4 conversions are handled with ease by all of them. But the best video converter for the Mac OS is the MacX converter.

The MacX converter is a very versatile software and one which plays the role of an HD video Converter, a file Converter, an Audio Converter as well as a music Converter. This is possibly the best converter that can work on several platforms and which also comes in a free trial version.