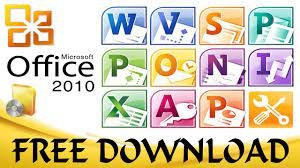 Microsoft Office 2010 marks the debut of Office Web Applications, free online versions of Excel, Word, PowerPoint, and OneNote, which can all work in web browsers. Office 2010 is more “role-based” than its previous versions. Various features of Office 2010 are, the Ribbon interface and Background Removal Tool, new text and image editing effects, new animations in PowerPoint 2010. While features like Document Imaging and Scanning, Office Startup Assistance, and Diagnostic tool were removed from the entire suite.

Microsoft Office 2010 can be downloaded for free from www.microsoft.com/office for a 30-day trial. This will require you to sign in with your Windows Live ID . For this download, you need to ensure 3 GB of free space on your hard disk. The size of the installer is around 700 MB. You can either select customize option during installation and then set your current version of Microsoft Office to coexist with Office 2010 Beta or upgrade your current version of Office to Office 2010 Beta

All products will require online activation. Alternatively, you can enter the serial number inside Word 2010 and this will automatically activate all other Office programs. 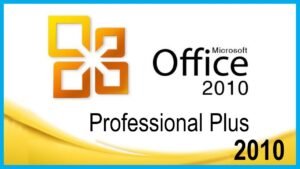 Office 2010 vs Office 2013: Office 2013 is tablet friendly.*Documents saved to SkyDrive by default. When signed in to SkyDrive, the system remembers where you were in the document last time.*When online, one can add pictures from websites like Facebook and Flickr without having to save them to a PC.

Office 2010 vs Office 360: Because Office 365 is provided as a subscription service, users automatically receive the latest updates.*With 365, if you are using a SkyDrive and Microsoft Account, syncing and accessing files is really easy.

Office 2010 now has a whole set of applications based on the internet: Online versions of Excel, Word, OneNote, and Powerpoint which work with SharePoint or through Windows Live. Office 2010 adds a protected mode that prevents accidentally editing a downloaded file until one enables it, thus adding to security in a way. This version of Office gives image editing a boost and we can now do in-video editing with PowerPoint. it also includes video cutting and screen captures. All Office 2010 applications support 64-bit Windows. Microsoft has upped the number of built-in themes from 20 in Office 2007 to 40 in Office 2010 giving it a more consistent look.

Office 2010 suites vary by Licensing programs used, which are selected according to the size of the business and type of organization. Various types of licenses are Open Value, Open License, Select Plus, Enterprise Agreement, Enterprise Subscription Agreement.

For continual use of all features of Office 2010, you must activate the product. It verifies that the software product is permitted by the software license. When you first start your Office program after installation, you are prompted to enter Product Key, if you’ve not already done so during Setup. On entering a valid Key, the Activation Wizard runs automatically and gives choice to activate over the internet or phone.