Nowadays the usage of Remove Default Apps Android is increasing and the priority for Windows, Symbian is being decreased. The reason why every person chooses Android OS is because of its useful applications and Games. Famous companies like Samsung, Verizon, and HTC manufacture most of these Android Mobile phones.

When you buy a new Android mobile phone it comes with some preinstalled system apps or Factory apps, since these apps use most of the internal memory, you want to remove those unwanted apps from your Android phone.

If you use the default application manager, which is present in the settings you cannot delete those preinstalled apps.

After doing some research, I came to know that preinstalled or Bloatware apps cannot be deleted unless your phone is rooted. To access the core software of the android operating system Rooting is necessary.

Note: Be careful while you are rooting your Android Smartphone. If you make any mistake in the rooting process, you may brick your mobile. 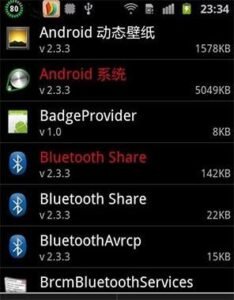 Take a Screenshot on an Android phone Without Rooting 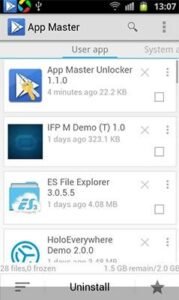 It is a user-friendly application, which is capable of removing preinstalled Bloatware apps. App Masterworks with Root mobiles and it shares apps via Bluetooth, The best part of App Master is, it can perform batch uninstall.

By using the above apps, you can successfully remove the default applications.

Move Android Apps From Phone To SD Card Without Rooting

Connect Internet From PC or Laptop to Android Mobile Phone