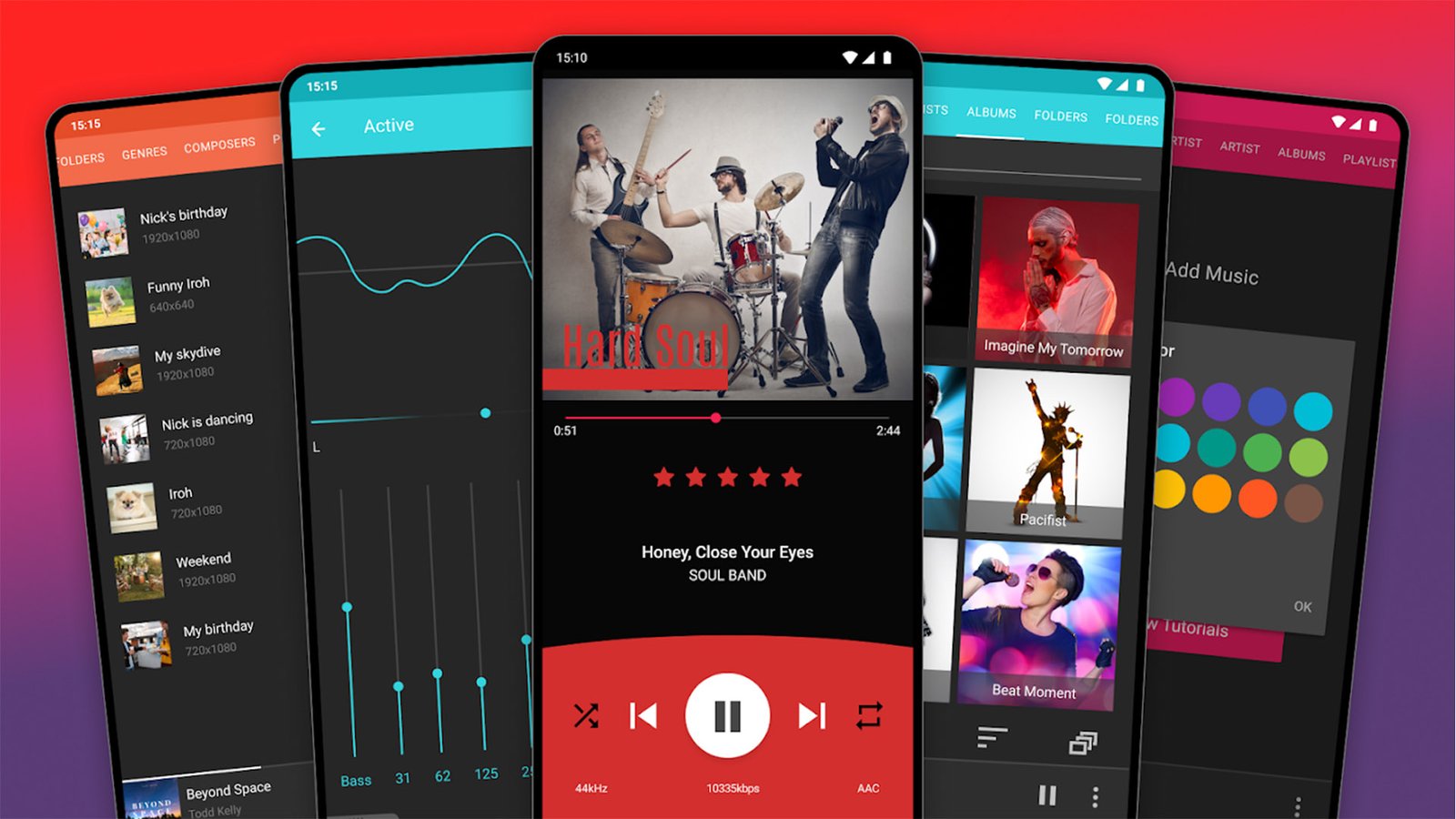 Since the first Android devices came on to the market advances in technology, Best Music Player Apps in 2014 have really started to take things to the next level never before has the music-loving android user had such a variety in choice. Just as with speakers not all music-playing apps produce the same quality or effects, making it important to choose the correct one for your needs. Saving you on your search for the good and best music player apps for android we will take a look at the best ones currently available in 2014.

One of the best Android music player apps out there providing that great mix of full features with a larger interface offering ease of use and gapless playback. For the more advanced users, a 10-band graphic EQ gives the power user all the audio tweaking and adjustment options needed. Different themes can be used with a customizable user interface. The app works on Android Tablet using some extra add-ons Lyrics can also be seen. A real android music player in 2014 this powerful app remains one of the most popular music apps playing formats currently including wav, mp3, mp4, m4a, alac, FLAC, Ogg, WV, mpc, tta, AIFF, ape, WMA.

Designed specifically and available only to Android this really is a true android music player with a 3D audio player is one of the most interactive players out there. A simple design continues with an app that is easy to use with no sacrifice to power. The 5 band EQ provides users with the ability to use the presets or adjust their own. n7player provides widgets, Music streaming, Ringtones and Videos can also be viewed. A top feature of this music app is the interface view of your music library maximizing the graphical use really does enhance the visual aspect of this player.

A great Android music player to use in 2014 with true high definition experience the neutron music player takes things to that quality level with HD audio playback and a 32/64 bit rendering engine giving a unique audio experience. The app apk file can be downloaded from the official website. With a focus on sound quality, while not as easy to adjust as some other apps this is one of the best music player apps for highly customizable features.

With intuitive suggestion technology, you will always have ideas for the next song. An advanced player that can create playlists as you listen and an internet radio feature to rival any. Allowing you to download album art and identify music itself as one of the best music player apps for visual experience without any effort really goes beyond a basic shuffle an android music player for 2014.

A special mention has to go to Google play music. As you would expect from the search engine giants a robust multi-functional way of playing music. The Google play music app is more a service that also allows you to tune into and play your music library from anywhere with all the music stored online you are not limited by storage space. With an intuitive ‘Listen Now’ feature Google play offers its own unique input. While it might not be as powerful as the other apps it’s one of the best music player apps for unlimited songs.

Android devices should have Google play already installed, but you can of course find it at home in the Google play store

Hope this list give the Best music player apps Android of 2014.

How to make Glasses in Little Alchemy

How to make Tool in Little Alchemy